Tonight’s beer hails from Jersey, so let’s get to it. 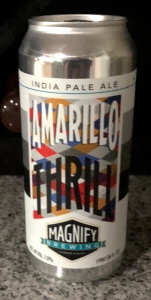 Trivia: According to wikipedia.com, “Fairfield is a township in far northwestern Essex County, New Jersey, United States. As of the 2010 United States Census, the township’s population was 7,466, reflecting an increase of 403 (+5.7%) from the 7,063 counted in the 2000 Census, which had in turn declined by 552 (-7.2%) from the 7,615 counted in the 1990 Census. Fairfield is the least densely populated town in Essex County. The first Europeans to settle in the area were Dutch and the place was called Gansegat. Later it was part of Horse Neck and officially part of Newark Township. What is now Fairfield was formed on February 16, 1798, as Caldwell Township from portions of Acquackanonk Township and Newark Township. The area was named for Rev. James Caldwell. It was incorporated as one of New Jersey’s initial 104 townships by an act of the New Jersey Legislature on February 21, 1798. Portions of the township were taken to create Livingston (February 8, 1813), Fairmount Township (March 11, 1862, now part of West Orange), Caldwell borough (February 10, 1892), Verona Township (February 17, 1892, now known and including what is now Cedar Grove), North Caldwell (March 31, 1898), Essex Fells (March 31, 1902) and West Caldwell (February 24, 1904). On November 6, 1963, Caldwell Township was renamed as Fairfield Township, based on the results of a referendum passed the previous day. Fairfield was reincorporated as borough on June 8, 1964. In 1978, the borough passed a referendum reincorporating itself as a township, becoming the second of more than a dozen Essex County municipalities to reclassify themselves as townships in order take advantage of federal revenue sharing policies that allocated townships a greater share of government aid to municipalities on a per capita basis.”

Random: I’m relatively familiar with Fairfield, NJ as I went to high school in the same county.

The beer poured with a wispy, one finger head that was white. It dissipated quickly and it left no lacing on the glass. The body was a cloudy, bright yellow color with no carbonation visible due to the haziness. The nose started with an earthy note that went into some floral notes as well. There was not much else. The taste was more robust. The floral notes came out first and then went into grapefruit notes. The earthy note was still there and came through at the end with the malt. The body was on the lighter side with a lot of carbonation. It had a quick floral finish. I enjoyed this beer and would have it again.

One of my goals for 2019 was to read a book a week. One of the blogs that I follow does a combination of beer and book reviews and I realized I hadn’t read a book in awhile. I had to travel a lot for work at my last job and I got to read a lot of books on the plane. So, I joined Goodreads and my wife downloaded a bunch of books onto my new Kindle. So, expect to see some commentary on what I’ve been reading lately. Anyways, let’s get to the beer. 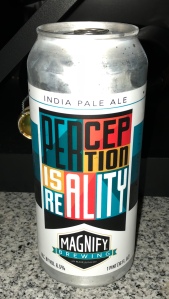 Trivia: The brewery in located in Fairfield, New Jersey. It’s about 20 minutes away from where I went to High School.

Random: The weather is finally getting nice. I’m hoping to hit up some breweries with outdoor space now that the sun has started shining.

The beer poured with a two finger, loose, white head. It took awhile to dissipate and left a lot of lacing on the glass. The body was a light yellow and somewhat cloudy. I could still see some carbonation through the cloudiness. The nose started with lemon and lime notes and then went into a candy sweetness with a touch of strawberry. The taste had a bit more tropical fruit with some pineapple, but quickly went into lemon and lime. Apricot and strawberry came through next and were quickly followed by some sweetness and malt. The body was on the lighter side with a lot of carbonation. It finished with the sweetness and some citrus. I wish the beer wasn’t quite so sweet, but overall a decent brew. It just wasn’t my favorite from the brewery.

Last time Val and I were in South Jersey, we went to Surf Taco in Jackson. Val loves Surf Taco despite so many of the items having onions (Val hates onions). My favorite thing to order there is the Mahi taco baja style, which means they make it extra spicy. They also have a really good beer selection and their taps turn over pretty quickly. This was one of the selections I had there. 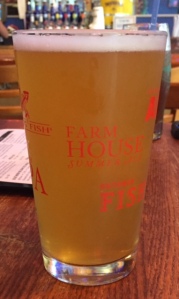 Trivia: According to the brewery website, “This beer was inspired by both East and West coast IPAs. Drawing its dank piney hop character from the West, and its smooth light bitterness, along with its dry ‘crushabilty’ from the East, Vine Shine combines both styles to make a truly unique IPA.”

Random: I love having a real fireplace. The cats do too.

The beer poured with a half a finger of white head that dissipated quickly. It left a lot of lacing on the glass. The body was hazy and bright yellow in color with no carbonation. The nose was really grassy and bright with some citrus peel as well. The taste was equally light and bright. There were notes of grass, grapefruit and orange and a touch of biscuit at the end. The body was moderately thick with lots of carbonation. On the finish, I picked up some grapefruit pith and it lasted awhile on the tongue. Since I picked up a pint of this while out, I didn’t take note of the cost, but this was a solid flavorful beer that I had no problem throwing back. If you see it on draft, give it a shot.

On the way home from New York, Val and I stopped at a beer bar that I’ve been wanting to try for years. It wasn’t in the best neighborhood, but the selection on tap was stellar. I decided to try a beer from a brewery that is right by where I grew up in North Jersey. I’ve never tried anything from them before, so I was curious to see if the hype they get online is warranted. 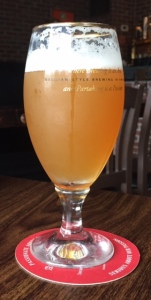 Trivia: According to the brewery website, “Pollinator is a Farmhouse IPA intensely hopped with mostly Cascade and supplemented slightly with Centennial hops. We added locally sourced honey in the boil to add hints of honey flavor and aroma.”

Random: This beer was first released in November of 2015.

This beer poured with two fingers of white head. It dissipated quickly and left a lot of lacing on the glass. The body was a hazy yellow color with no visible carbonation due to the cloudiness. On the nose, I picked up a lot of citrus with some light, grassy bitterness. The taste started with some honey sweetness and quickly went into bitter citrus flesh and citrus pith. There was some grass too. The booze was well-hidden. The body was shockingly light with high carbonation, making this very (dangerously) drinkable. It had a quick bitter, citrus finish. I really enjoyed this beer and was impressed with my first beer from Magnify. I’ll be trying more from them in the future.